Investec Bank, Nedbank CIB and Comair have won the African Aviation Air Finance Africa Award for Aircraft Finance Deal of the Year for 2016 in recognition of the successful financing of new Boeing 737-800 aircraft for the privately-owned South African airline.

Announcing the Award, Nick Fadugba congratulated Investec and Nedbank on working closely together to successfully complete this aircraft transaction on behalf of Comair and congratulated the airline for its continued success in fleet modernisation, flight operations, in-flight service quality and financial performance.

Investec Bank provided a full end-to-end advisory and arranging solution to Comair.  In addition, it provided Comair with a facility to fund the pre-delivery payments (PDP) for the aircraft.  Investec approached local and international banking markets on behalf of Comair to secure senior debt and successfully managed the primary syndication thereof to Nedbank, which acted as guaranteed lender.

Commenting on the transaction, David Minty, said:  “Through our 15-year relationship with Comair and our understanding of their requirements we were able to structure a tailor-made, multi-jurisdictional deal, pulling together our relationship with the manufacturer, Boeing and the Export-Import Bank of the United States (EXIM Bank).

“The structure of the deal resulted in Comair being able to raise competitive long-term Rand funding on the back of an EXIM Bank guarantee issued in local currency.  This gave rise to a number of benefits for Comair, including the mitigation of foreign currency risk, which many airlines in non-US Dollar jurisdictions are exposed to in the normal course of business  This natural currency hedge proved invaluable owing to the ongoing Rand-US Dollar exchange rate volatility.

“This transaction highlights Investec’s unique capability among African banks to undertake and implement an Export Credit Agency (ECA) advisory and arranging role.  Until recently, these roles have typically been performed by international banks.  Despite the tepid global growth outlook, we still see opportunities in the African aviation market and our strong relationships and visibility ensure that we are well positioned to take advantage of these.”

Mr James Geldenhuys said:  “Nedbank was the sole Senior Lender in this ECA transaction and furthermore there was another transaction in which Nedbank provided bridge financing to Comair until the US EXIM Bank obtained approval for the third delivery under the ECA transaction arranged by Investec.  Nedbank is rated as one of the most active aviation banks in southern Africa.  Nedbank CIB’s Aircraft Finance team is an experienced group of professionals with a high level of expertise in structuring, arranging and executing high-value transactions in the global market.

“The divisions of Nedbank CIB together manage the Group’s structuring, lending, underwriting and trading businesses.  Its full-spectrum offering ranges from vanilla funding, debt advisory and specialised funding, such as aircraft finance, to equity trading and research.

“Our team assists clients in financing commercial jets for international airlines, major aircraft lessors, regional airlines and business jets, with a focus on Africa and the Middle East.  Our role on the African continent is also highlighted by our participation in the US$250 million commercial aircraft finance facility for 10 Embraer jets for Kenya Airways.”

Kirsten King, Finance Director, Comair Limited said:  “Our long-term relationship with Investec led to the innovative deal structure, speed and execution of this transaction in an increasingly volatile financial market environment, where timing was critical.  Arranging financing for the purchase of aircraft is incredibly challenging at the best of times and we are grateful to Investec for their expertise in securing the best term-funding solution for us.”

In March, 2014, Boeing and Comair Limited announced an order for eight 737 MAX 8s, valued at US$830 million at list prices. "We're proud to be the first African operator to order the 737 MAX," said Erik Venter, Chief Executive Officer of Comair.  "This investment in Comair's fleet upgrade is fundamental to its business strategy of consistently improving customer service and value, while ensuring a sustainable airline.”

Johannesburg-based Comair operates Africa's first low-cost carrier, kulula.com, offering flights to South Africa's major cities. Comair is also the franchise partner of British Airways, operating its local and regional Southern African routes. The company currently flies an all-Boeing 737 fleet on its kulula.com and British Airways (operated by Comair) brands.  At the end of 2014, Comair had a total of 12 aircraft on order from Boeing, including the eight 737 MAX 8s and four Next-Generation 737-800s for delivery in 2015 and 2016. 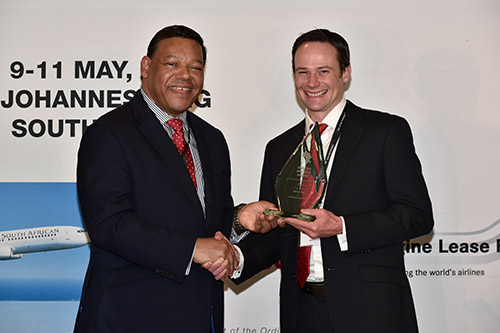 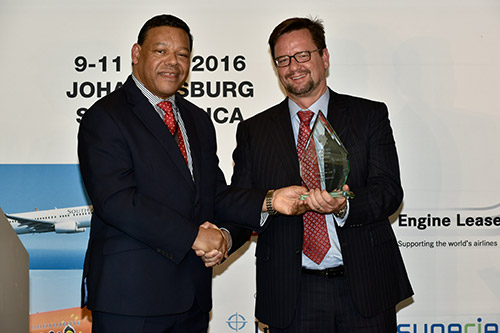 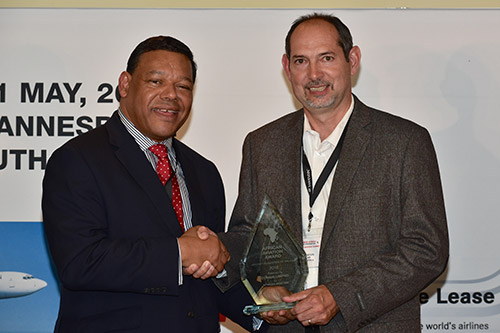